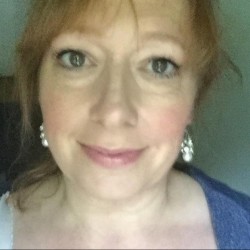 “There have been trans people in the UK forever”

We looked for a brief ‘trans history’ of the UK, and the short answer is that there isn’t one; which is not to say that there isn’t a determined contemporary effort to impose a trans narrative onto much of our history and many of our most prominent national figures, such as Florence Nightingale. In this article, I’ll use the colloquial ‘sex change’, while acknowledging there’s no such thing, in reality, mostly to spare you too much tortured language.

We do not possess windows into men’s souls, and how much less so for the dead? With those caveats, let’s talk about the history of cross-dressing (a term that has, perhaps surprisingly, fallen out of contemporary use). The concept of practical ‘sex changes’ is a 20th century invention, though used as literary devices many times, either literally (‘Orlando’) or figuratively (‘The Merchant of Venice’).

Societal norms evolve; most of us know that women weren’t allowed to be actresses until the Restoration; prior to that, men played all the parts ( in the 18th century, actresses in breeches were all the rage, so cross-dressing goes both ways).

Crossdressing has long been associated with homosexuality; the Molly clubs of 18th century Britain were firmly associated with the practice. It’s difficult to discern the motives of all the participants – as homosexuality was a capital offence, discretion was essential and our information comes mostly from reportage.

As one example, Eon de Beaumont lived in exile in London from the 1760s on. A genuinely enigmatic figure, he lived as a woman (his back story is fascinating) and has been variously claimed as transgender or intersex.

Fast-forwarding to the 19th century, homosexuality was no longer considered a capital offence from 1861 (merely carrying a life sentence!). Crossdressing was no longer automatically associated with homosexuality – it was treated as a breach of the peace. The famous case of Boulton and Park in 1871 tested both the public and the law. Both were crossdressed at the time of their arrest, but they were also accused of buggery.

It’s a testament to British society that the press were broadly sympathetic, with some ‘respecting their pronouns’ in a grim foreshadowing. Both were found to be innocent, though bound over for their crossdressing.

Helen Joyce’s excellent ‘Trans’ covers the early development of what we would now call the trans movement, from Lili Elbe onwards, so please look there for a much deeper treatment.

While Stonewall’s trans umbrella covers many types of trans people, and there is a determined effort to ‘trans’ British history and some of its more iconic figures, this section confines itself to a brief canter through notable UK milestones in terms of actual body modification, which really dates from the middle of the 20th century (Crossdressing has existed since time immemorial).

The term ‘transsexual’ was first coined by David Caudwell in 1949 (borrowing from the 1923 German definition).

The first phalloplasty was performed on Michael Dillon in the late ‘40s. The surgeon was the father of modern plastic surgery, Harold Gillies, who had developed great expertise from operating on wounded servicemen in both wars, including genital reconstruction.

Roberta Cowell became acquainted with Dillon, who both performed an (illegal) orchiectomy and introduced Cowell to Gillies. Gillies conducted the first vaginoplasty on Cowell in ‘51, and his technique remained the standard for forty years and more.

April Ashley is notable in a number of ways. She had SRS in 1960, and became a successful model with minor parts in films, but was ‘outed’ in 1961 and a scandal ensued.

In 1963 she married Arthur Corbett, but the marriage broke down and was annulled in a 1970 court case on the basis that Ashley was a man (despite Corbett being aware of this prior to marriage). This set a precedent that remained in place prior to the GRA 2004.

In 1999, a key case (R v NW Lancashire Health Authority) established a legal right to NHS care for transsexuals. While the judgement relied on UK public law, the claimants also advanced arguments under the Human Rights Act (in retrospect, a foreshadowing).

The GRA 2004 was driven by cases brought before the European Court of Human Rights (ECHR), most notably Christine Goodwin’s action. It enabled trans people to apply for a Gender Recognition Certificate (GRC) which amended their birth certificate. When passed, it was envisaged that there would be small numbers of trans people (and to date under 10,000 GRCs have been issued).

It was, and remains, controversial, particularly in the manner in which it interacts with other protected characteristics in the EA 2010, and campaigners on both sides of the current debate are arguing for a range of changes, with some calls for its abolition, especially in the light of same-sex marriage now being allowed.

The Gender Recognition Act 2004 (GRA) aimed to bring British law in line with rulings from the ECHR. It enabled transsexual people to obtain a Gender Recognition Certificate (GRC) which in turn permitted them to amend their birth certificate to reflect their acquired sex.

Careful readers will already have seen one of the issues with the act; a conflation of ‘sex’ and ‘gender’, and this confusion (sometimes accidental, sometimes deliberate – the Hansard debates are interesting) dogs debate in this area. The act runs to 71 pages, but the highlights are as follows:

In terms of the Equality Act 2010 (EA), using a trans woman as an example, those without a GRC would be treated as male, those with as female. ‘Gender reassignment’ is one of nine protected characteristics under the act, but the definition is extremely unhelpful in terms of practical day to day service operation:

‘A person has the protected characteristic of gender reassignment if the person is proposing to undergo, is undergoing or has undergone a process (or part of a process) for the purpose of reassigning the person’s sex by changing physiological or other attributes of sex.’

That notwithstanding, the EA allows for discrimination in the provision of single sex spaces and services if they are ‘a proportionate means of achieving a legitimate aim’. This means it is lawful to exclude a transsexual, whether or not they hold a GRC. However, the implementation of this restriction rests with service providers, resulting in a good deal of confusion which leaves the door open for exploitation by activists.

The Act has been widely interpreted to mean that anyone who declares a different gender identity to their birth sex has the protected characteristic of “gender reassignment”. This was considered by The Reindorf report but has not been tested in the court. Some Gender Critical people will call this interpretation “Stonewall Law”, because of the organisation which propounded this idea to its “champions” in government and business.